We posed eachother some questions and are all going to weigh in on our opinion of Purdue's football season...Here's your first entry, Tim: 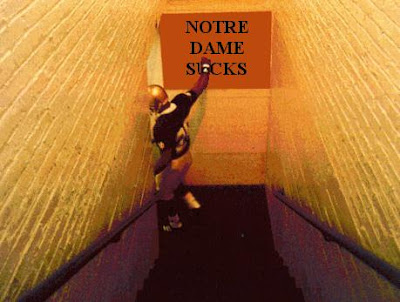 1. What was your biggest surprise of the season (positive)?
Notre Dame sucks. Yeah, yeah, yeah. With a big, big crunch and a big, big bite. (sang to the tune of Honeycomb's jingle)

2. What was your biggest disappointment of the season?
Finishing the season 7-5 after a 5-0 start. Pathetic.

3. What are you excited about for the '08 season?
Right now? Not very much to be honest.

4. What are you least looking forward to in the '08 season?
Another positive start against marshmallows and then a complete collapse once the "real" teams show up.

5. What effect, if any, will a bowl have on Purdue's football program?
A terrible bowl will not have any impact on the program. It's good to go to a bowl game, but the Dominos McDonalds Boeing Everyone Goes To A Bowl Game Bowl won't do anything for the program.

6. How and when will Joe Tiller's career end at Purdue?
Tiller will retire next year after taking over the all time wins lead.

7. Who frustrated you the most this season?
This is a close one. I'm going to vote for Joe Tiller though. The play calling was downright ridiculous at times. In a close second though are the Big Ten referees. They were as atrocious this year as the play calling. 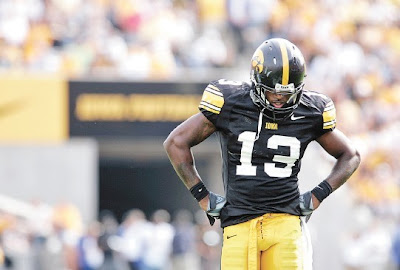 8. What team and/or player opponent of Purdue this season was least impressive to you?
Iowa. They sucked! Specifically their quarterback Christensen. He was awful. Really really bad.

9. Despite all the grousing we do, is Purdue football on the right track (If not, what would get the program back on track)?
No. It's not on the right track. The spirit is gone. The fight is gone. If one bad thing happens in a game, the team gives up. That all starts with the coach. The coach needs to be replaced and someone with passion and fire needs to come in and take over. Thats the only hope. 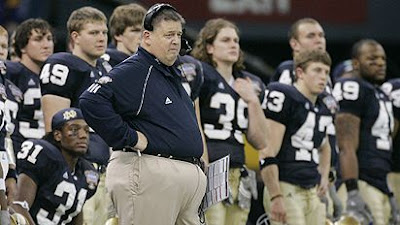 11. Does it ever get old making fun of Fat Charlie the Manatee?
No. The slurping of him by the national media nearly makes it a requirement.

12. Will Purdue win a football national championship in our lifetime?
No. I think it's much more likely that they'll fade back to obscurity rather than rise to national prominence. 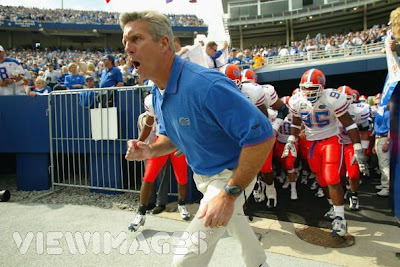 15. If you had to choose another coach from the Big Ten to coach Purdue, who would you pick?
I'd take Ron Zook. If he can recruit and turn around Illinois from a doormat into a legitimately good team in a few years, I'd like to see what he could do for a mediocre Purdue team.
The guilty party in this case is boilerdowd at 12/03/2007

Email ThisBlogThis!Share to TwitterShare to FacebookShare to Pinterest
This will go on the shelf with giant thud, Purdue football 2007, Season Wrap-up, things that rhyme with gritty

you are just jealous that they are super hot and good! yeah beat that blubber mouth!!!!!!!!!!!
~notredamefan23

Ya i love notre dame they beat hawaii in the bowl game and by a lot! they will be great next season you watch. uh huh i went there! (no seriously i really did watch them play in south bend. the sandford vs notre dame. if you even no where that is!) You better watch what you put on the internet!
~notredamecheer23753

People might kill you if you say more bad stuff about notre dame you hear me? now say at least one good thing about them.
~ notredamecheerleaders3